Ravi Shashtri Is Waiting For RCB vs RR Match, Here’s What He Said 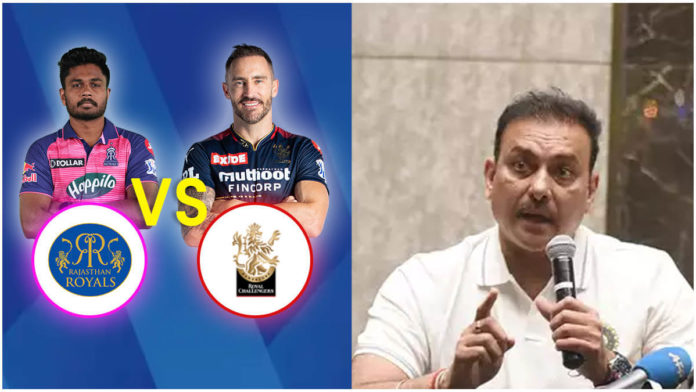 Amidst an interesting journey in the 15th edition of the world’s most favourite T20 league IPL, this caravan has now reached the second qualifier match. In this season of IPL, the team Gujarat Titans has already decided its place in the title battle, after which everyone is now waiting for the second finalist team.

Royal Battle Between RCB-Rajasthan From The Final

The title match of this season of IPL is to be played on Sunday, but the eyes of all the cricket fans are on the second qualifier match to be held today, where there is going to be a special battle between Royal Challengers Bangalore and Rajasthan Royals.

In the title battle between Rajasthan Royals and Royal Challengers Bangalore at the Narendra Modi Cricket Stadium in Ahmedabad today, both the teams will go into the final match with the hope of playing in the final match.

Ravi Shastri Is Eagerly Waiting For This Match

In this most special match of this season of IPL so far, the whole cricketing world is gazing up for the clash of Royals vs Royal, everyone is very much waiting for this match, who have full anticipation of an exciting match here.

While Royal Challengers Bangalore are waiting for their first title, the team of Rajasthan Royals is also dreaming of winning their second title in the last 13 years. In such a situation, both the teams are fully committed to this match. For this reason, the former coach of the Indian team, Ravi Shastri, termed this match as very special. Which they are also waiting for.

Ravi Shastri Is Waiting For The Battle Of Royals

Former India coach Ravi Shastri said on the show with Star Sports, “RCB is a part of IPL for 14 years but they have not won a single title till now, while 13 years ago Rajasthan won their last title in the first season. Was. So both the teams are desperate to win the IPL title at any cost.”

“It will be a battle of the royals, and I am looking forward to this exciting encounter. It is going to be a great match as both the teams will be looking to win the second qualifier to make it to the finals.”