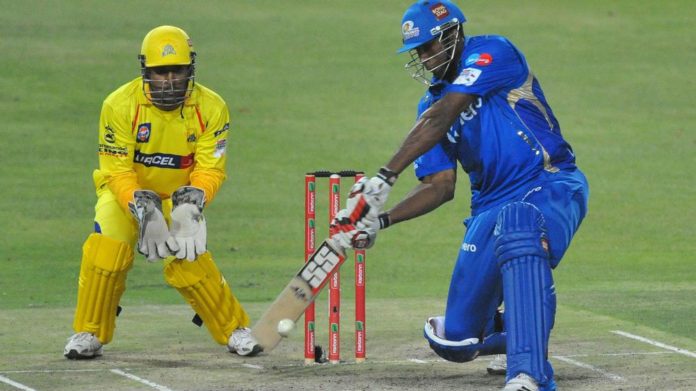 Mumbai Indians and Chennai Super Kings had batting day out at Arun Jaitely Stadium in New Delhi yesterday. But there should be a spare of thought to the bowlers who bowled their heart out, and in return, they got nothing to smile and cheer. Ambati Rayudu and Kieron Pollard were the chief destroyers with the bat for both the respective teams and in the end, MI seal the thrilling match by four wickets.

In the 27th match of the Indian Premier League 2021 season, Mumbai Indians opted to bowl first. MI got to the desired start as Trent Boult picked up the in-form batter Ruturaj Gaikwad in the first over. Gaikwad was out after he scored just four runs.

Despite the early wicket, Chennai Super Kings were in-game because of Moen Ali and Faf Du Plessis. These two overseas stars of CSK allowed the momentum to go on with some lovely shots. Ali played another cameo while Faf was nagging around, and he happily played the role of the second fiddle.

Ali and Du Plessis shared a century-run partnership that kept MI bowlers under pressure. Ali scored his first half-century of the IPL 2021 season, and he continued his six-hitting form. While Faf Du Plessis carried his excellent form into this match, He scored another half-century in this season.

It was Jasprit Bumrah who broke this stand 108 run partnership. Bumrah picked up Moen Ali for well made 58 runs. Later Pollard responded to his captain’s call, and he picked up two wickets in one over. Faf was dismissed after he scored 50 runs and Raina tried to slog. Krunal Pandya caught Pollard for just two runs.

CSK batters suddenly lost the momentum as Pollard and Bumrah brought the Blues back into the game. Rayudu and Jadeja, the two new batters, started carefully. After a couple of overs, Ambati Rayudu shifted the momentum and carried the six-hitting of Moeen Ali. Rayudu and Jaddu add another hundred-run partnership which sank MI.

Rayudu played a blinder and took the score past the 200 mark. No one had assumed that The Yellow Army would reach 200 after they had lost three quick wickets. Rayudu played a cameo, which kept CSK in the game. He scored 72 runs from just 27 deliveries and with the support of Ravindra Jadeja, who scored 12 runs. CSK scored a mammoth score of 218 runs in their 20 overs.

The bowlers who started well couldn’t control the innings in the middle phrase. Boult was expensive after his first over. But he picked up the wicket. Bumrah got just one wicket, and that scalp came at the important when CSK was on top. At the same time, Pollard was the most effective bowler. He picked up two wickets in one over. But still, it didn’t change the game for MI. That was because Pollard didn’t ball his full four overs, although he bowled well.

The run chase started brilliantly as Rohit and De Kock put on a quickfire start. The MI openers took full advantage of the CSK bowlers, who struggled to make an early impact, and they added 71 runs for the first wicket in just 7.4 overs.

Shardul Thakur broke this stand, and he picked up the MI skipper, Rohit Sharma, for 35 runs. The MI innings slid down as Suryakumar Yadav was out early for three runs, and De Kock couldn’t convert his good start into a decent score.

Pollard and Krunal Pandya shared a good partnership which brought MI into the game as they shared a partnership of 89 runs. Krunal continued his excellent form, which he found in the last game, and Pollard added his power to the MI innings, which allowed the defending champs to chase this score down.

The game was evenly balanced when Krunal and Kieron shared this partnership. But CSK bowlers pave their way back into the match as they picked up three wickets in quick succession. But still, the score went past the 200 run mark, and it was a nail-biting finish.

Krunal was out after a steady start to his innings. He scored 32 runs, and his brother Hardik continued his poor form while James Needham, the new entrant in the MI squad, scored a duck.

I was under pressure to chase this score down. But the CSK bowlers couldn’t cross the Pollard hurdle as he single-handedly took them away from the Yellow Army. Pollard scored unbeaten 87 runs and guided MI to a four-wicket win over the table-toppers CSK.

CSK bowlers were under the pump because of the start and Pollard’s power, which ended the MI innings on a high. They didn’t get breakthroughs at crucial junctures, which allowed them to lose this game. Sam Curran picked up three wickets while Ravindra Jadeja, Moeen Ali, and Shardul Thakur picked up one wicket each to their names.

Kieron Pollard was named the man of the match for his all-around show. He took two wickets to dent the CSK innings, and he showed his batting power which allowed MI to win this match from a tricky position.